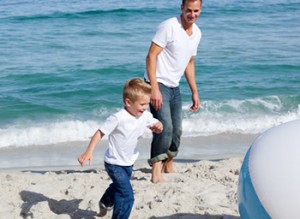 A Florida divorce that involves minor children can become complicated fairly quickly.  There are many wrinkles that need to be smoothed out, which can be done more effectively with the assistance of a divorce lawyer in West Palm Beach.  If this is your first time being involved in a dissolution of marriage in the state of Florida, there is a lot to learn.

The first thing to square away is that the term “custody” is no longer used in the Florida Statutes. So the idea of full custody, sole custody and joint custody are no longer relevant. “Time sharing” is the term used in place of visitation. The parent with majority time sharing is considered the primary residential parent.

Neither parent is permitted to refuse visitation to the other parent. If the child is in danger, an injunction to protect the child can be filed, which may result in the Court entering a protective order. This is normally granted in cases where there is drug abuse, child abuse, neglect or domestic violence.

One mistake parents make is refusing visitation because the other parent hasn’t paid child support. It’s important to understand that time sharing and child support are two separate matters in the eyes of the court.  The only time the two are relevant to one another is when child support is being calculated.

How the State of Florida Considers Time Sharing

When the Florida court is presented with a divorce case that involves minor children, the best interests of the child are considered when making parenting arrangements. Every situation is judged separately, but in most cases, Florida courts find it’s best for children to have frequent contact with both parents and for both parents to have shared parental responsibility after a divorce has been finalized.

There is no parent that has more rights to the child than the other. In cases where one parent has a history of being an unfit parent, time sharing will be diminished or require supervised visitation.

Under Florida law, the following factors are considered when determining the best interests of the child in Florida divorce cases.

If the court finds that shared parental responsibility and time sharing will be detrimental to the child, then they will deviate from the policy of enforcing equal rights to both parents. Evidence showing domestic or sexual violence are grounds for terminating time-sharing and equal parental responsibility. Both the mental and physical health of the parents is also considered.

The courts in Florida expect parents to put the needs of their kids first. To determine this, the judge will consider the extent each parent takes and is capable of taking to be in the child’s life and to meet the child’s developmental needs. The judge will also take into account the role each parent plays in the child’s everyday life, such as whether they’re involved in their school and extracurricular activities, knows the child’s daily activities, as well as their likes and dislikes. The child’s age and distance between the parent’s homes will also be a determining factor for visitation schedules.

It’s very important to Florida courts that both parents encourage a positive relationship with the other parent. So each parent will be assessed to see their willingness to honor the time sharing schedule and be reasonable about adjusting it without involving the court. The parents’ ability to communicate with one another and keep each other informed of the child’s issues and activities is also considered.

Florida law states that the moral fitness of parents is a determining factor in a child’s best interests. Moral fitness pertains to the parenting style and how it affects the moral and ethical development of the child. This includes substance abuse, having frequent casual relationships with different people, illegal activities and verbal abuse. A divorce that ensued because one parent was adulterous may or may not impact the case, depending on whether it affected the child negatively.

When dealing with Florida divorce and child custody cases, it’s best to work in tandem with a divorce lawyer in West Palm Beach. With an attorney on your side, you can have everything handled from the division of a marital business in a Florida divorce to developing a parenting plan.